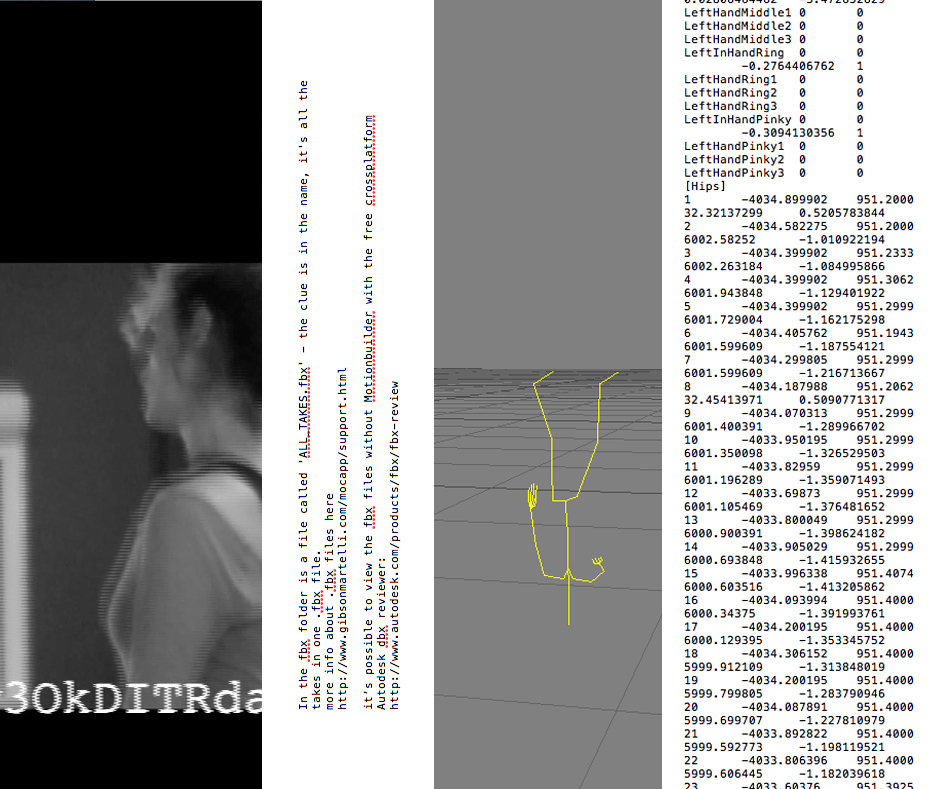 In this short residency artists Ruth Gibson and Bruno Martelli from London (http://gibsonmartelli.com/) are invited into the Black Box Studio of the Inter Arts Centre in central Malmö (http://www.iac.lu.se/) to join Susan Kozel (http://livingarchives.mah.se) in exploring the potential for performing encryption

bodily data engages in a duet with bodily improvisation

This residency expands some of the political and artistic questions relating to bodily presence, bodily traces, and privacy in digital culture from the Performing Encryption Improvisational Workshop. (Hosted by the Living Archives Research Project at IAC in 2015 http://livingarchives.mah.se/2015/05/invitation-performing-encryption-improvisational-workshop/.) For that workshop, we experimented with inserting movement into the generation of a digital encryption key (GPG). For this second research installment, we open the processes by integrating specific somatic performance modes (such as Skinner Releasing and affective improvisation) with Motion Capture and Virtual Reality. The results might take the form of algorithmic manipulation, visual traces, or live performance practices. Or something else entirely.

Anyone interested in this research is invited to contact Susan Kozel (susan.kozel@mah.se) or simply to join us for an open discussion at IAC on Saturday 14 October from 15:30-17:00