Jacek Smolicki is since September PhD student in Media and Communication Studies at the School of Arts and Communications, Malmö University. He is also a member of the Living Archives project. Here’s an introduction to him and his work! 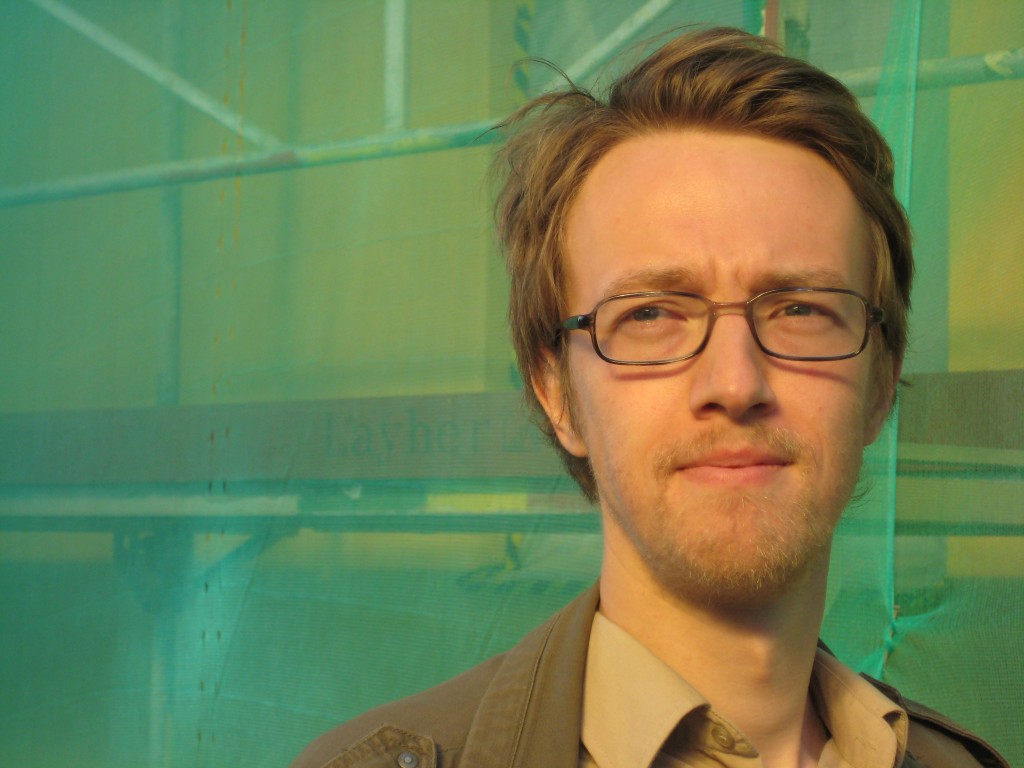 Jacek Smolicki has a background in interdisciplinary art and design. Drawing on conceptual and critical art methodologies, he is interested in studying modalities of contemporary communication and social interaction. His recent interests focus on conceptualizing and implementing methods of working with archival practices and memory in the context of public space and with a use of locative media. Since 2008, he has been actively carrying on his own ongoing archival activities aiming at documenting his presence in relation to the public sphere. As of this fall, Jacek has been appointed as a member of the Living Archives project at Medea and a PhD student at the School of Arts and Communications, Malmö University.

His latest interest in memory and space has been sparked while working on a commemorative sound walk related to the 25th anniversary of the assassination of Olof Palme. By combining artistic methodology, GPS data and its transposition into musical notation and voice, he investigated new ways of working with ’performative aspects of remembering’ (Last walk of Olof Palme, Stockholm, 2011). He further substantiated this notion while working at the Mobile Experience Lab at MIT in the summer 2011, when he took part in developing a project to represent memories of Italian immigrants in Boston (Memory Traces, 2011, Boston). Recently, he has been working on two projects – one in Krakow and the other in Stockholm – that attempt to set aside space for recalling local memory. In the Stockholm project, he has been researching field recording and sound archiving as a potential value added to the traditional methodology used in archaeological documentation (Slussen Project, Stockholm 2012-2013). In Krakow his project aimed at commemorating the tragic history of the Jewish Ghetto. Memories and accounts of those who survived its liquidation and those who lost their lives are restored to the spaces of their origin.

Since 2008, Jacek has been systematically working on On-Going projects, which consist of 12 exploratory activities. Each of these employs a different methodology and the specific use of a certain medium, although walking in freely accessible public space can be considered as a unifying determinant for all of them. The overall objective of the On-Going projects is to create a multifaceted database of collected and categorized observations revolving around the politics and poetics of the public sphere, which functions as a natural territory for both conscious and subconscious explorations by an individual. On-Going projects include recording and mapping occasional and permanent soundscapes, as well as acoustic spaces created by street musicians, analyzing urban choreography and his own behavioral patterns recorded by a wearable GPS device, and re-appropriating public situations through reflective and metaphorical interpretation or creative writing inspired by the weekly ritual of searching for objects lost in the public space.

Jacek holds his MFA degrees from the Design Faculty of Fine Arts Academy in Krakow, Poland, Experience Design from Konstfack University of Arts, Crafts and Design in Stockholm, and Sound Art from Academy of Dramatic Art in Stockholm. He took part in a number of international collaborations with institutions such as Mobile Experience Laboratory at MIT, National Institute of Design in Ahmedabad/India, Art Academy and National Museum in Krakow. He continues his artistic practice working and exhibiting internationally. Jacek has also organized a number of workshops and gave lectures at the Krakow Art Academy and in the National Museum in Krakow, where he comes from.